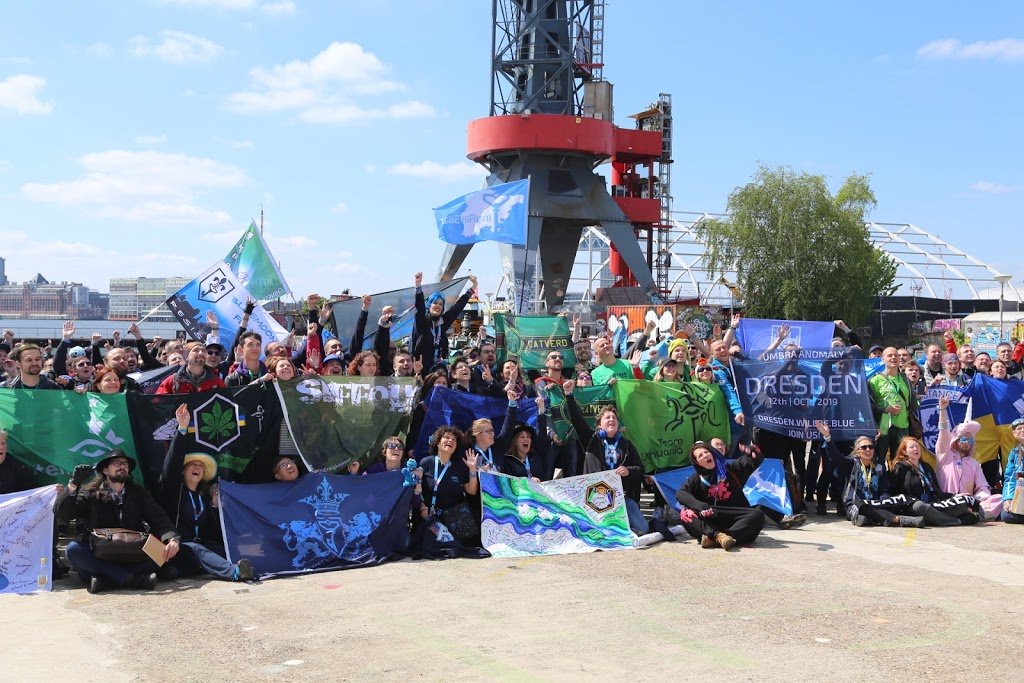 Today’s free giveaway is a Fracker, and those tend to get used a lot during anomalies. Besides, what good would a year of Ingress memories be without anomalies?

The first series in 2019 was Darsana Prime, held over 2 days:

Next came Abaddon Prime, the mega-nomaly at the conclusion of the Osiris Sequence. This was held over 3 separate weekends in May, in one city at a time. Niantic hosted big parties and this attracted big crowds in each location. Special commemorative pins were given to agents in attendance at the after-parties, and agents were treated to lots of extra fanfare.

A special glyph sequence was introduced to mark this result, and agents still see this occasionally when glyphing a level-8 portal. And Resistance agents who participated in any anomaly in the Osiris sequence also got a special Osiris Badge.

But that wasn’t the end of anomalies for 2019. We’ve entered the Nemesis sequence, and the first 2 series of that sequence have been fought.

The final anomaly in year 7 was Umbra, held October 12. The Enlightened won the day 7-2. You can also read our detailed recap of this one, or go back and watch live coverage from The Portal Hunter Club. We named these sites based on the delicious food agents could find in the host cities.

We have not yet learned when, where, or indeed whether there will be more anomalies in year 8, but we certainly hope there will be, and we plan to be there experiencing one of the most unique parts of Ingress.