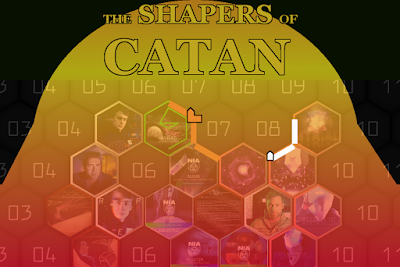 When the Roland Jarvis transmission gave us the first looks at the Tessellation game board, we snarkily referenced Settlers of Catan in our write-up. Well, perhaps that similarity is no accident as word spread yesterday that a new game, Catan World Explorers, appears to be Niantic’s latest project. As far as we can tell, Niantic hasn’t publicly acknowledged this project, but the Terms of Service and Privacy links on the Catan World Explorers site both link to the Niantic Terms of Service, which is a pretty solid indication that this new game is going to be a partnership between the two companies.

While this site focuses primarily on Ingress news, we can’t help but be a little bit interested in the opportunity to make links with brick and wood, or perhaps getting sheep and wheat to deploy portals. While relatively little is known about this new game at this time, it does seem like this game has the potential to build more upon the exploration aspects of Ingress than Niantic’s other titles. Additionally, as Catan is at its core a competitive game with cooperative elements (e.g., trading and temporary alliances), the inter-player dynamics may be even more complex than Ingress. This will be a game to watch as more details emerge.