Drones? Scanning? Kinetic Capsules? If your memory of Ingress involved little more than bursters and resonators, we have you covered. Recently there have been a number of agents returning to Ingress after a long absence. Whether you’ve been gone a few months or a few years, you may find this reverse-chronological roundup of significant changes in Ingress helpful.

On April 19, 2021, Niantic introduced the Hackstreak stat and Epoch badge. With hackstreak, you get bonus AP and double output on your first hack of every day (calendar day in your timezone), and if you hack on 7 consecutive days you get triple output on your first hack and it increments your hackstreak counter for the Epoch badge. The infographic below shows the key differences between Epoch and the already-existing sojourner badge.

On Feb 9, 2021, Niantic introduced a subscription option for Ingress. Agents who subscribe receive 500 additional inventory slots as well as a loadout kit each month as it renews. The loadout kit includes 4 Apex boosts, several other very rare items, and exclusively to recursed agents, a Battle Beacon. It is priced at $5 in the United States, and corresponding prices in other countries as set by the App and Play stores.

On Feb 5, 2021, Niantic added ornaments on the Intel map and shortly thereafter toggle-able layers in the scanner to indicate whether portals had been visited, captured, or scout controlled by agents. Later, a layer was added that enables agents to see drones that are placed on portals.

On October 19, 2020, Niantic unveiled the Kinetic Capsule. This item, available to agents level 6 and higher, allows agents to craft very rare items by putting specified items into the capsule and walking for 8km (this distance is shortened during special events). The original kinetic programs allowed agents to craft a Very Rare Portal Shield, Very Rare Heat Sink, Very Rare Multi-hack, or Very Rare Softbank Ultra Link. Later, an option to craft Hypercubes was added. There was also a time-limited option to craft a Jarvis virus as a result of an event.

Beginning with All Hallows’ Eve, a Halloween-themed event, Niantic has begun offering time-limited badges for purchase in the in-game store seasonally. Other offerings include a New Years badge, a winter-themed badge, a set of three cherry blossom badges in the spring of 2021, and a summer badge.

On September 29, 2020, Niantic introduced Battle Beacons to encourage ad hoc faction-vs-faction competition over portals. Agents who have earned 40 million lifetime AP can purchase and deploy Battle Beacons over portals. Once active, the portal keeps score of portal ownership every 3 minutes and a winner is declared. One of the more unique features of these battle beacons is that they flip portal ownership at each 3 minute “checkpoint” and this can be used in various ways that have little to do with portal control battles. One of the emergent uses of this capability is in so-called AP Engines, wherein agents can rethrow a set of layered fields at each checkpoint for substantial amounts of AP, as described in these infographics.

On June 5, 2020, Niantic introduced DroneNet. Drones can be deployed on nearby portals, enabling agents to hack. Ordinarily drones can be moved once per hour (this time is decreased during special events), and a portal can only be hacked once per move. Agents cannot obtain keys on a drone hack, and cannot perform any other actions via a drone such as recharging, linking, or firing bursters.

On May 3, 2021, Niantic added to the DroneNet functionality, making drones visible through a scanner layer, and adding a stat to track when agents are sent home (by changing the alignment of a portal a drone is on). At the same time, the Maverick badge was added, rewarding agents for the number of drone hacks performed.

On February 26, 2020, Niantic began the roll-out of portal scanning to agents. A portal scan is a series of images taken from around a portal that allows Niantic to build a 3-D model of the portal. The goal is to be able to create new ways of interacting with POIs in Ingress or another game in the future. When the scanning feature launched, agents could earn the Scout badge for total portal scans completed. In the months that followed, a new metric and corresponding badge was introduced that rewards agents for having the most scans on a portal in the preceding 30 days. Credit toward the scout controller badge is earned the first time an agent becomes controller on a new portal. Later still, Niantic introduced the concept of volatile scout controller portals, which award 3 scout controller points upon an agent becoming scout controller on a new portal.

Niantic continues to tweak the scanning mechanics, most recently changing the way that a scan is visually represented and in many cases allowing agents to complete scans much faster.

Scanning has been the subject of two videos [1] [2] on the NotNiantic YouTube Channel.

A Hexathlon is an Ingress event in which agents compete against each other on six individual stat categories. The first Hexathlon took place in the form of a “Field Test” event on September 14, 2019. The second round of Hexathlons were given the name Perpetua on Feb 29, 2020, and the third round was to be called Lexicon on April 25, 2020, but was cancelled due to Covid-19. The format is explained in this video.

In each Hexathlon, all agents who met a minimum threshold for participation were awarded with the base medal. Agents who scored in the top 10% of agents at that site in one or more stat category were awarded with an “elite” version of the medal.

The Tessellation was a major Ingress storyline event that sought to engage a wider cross-section of the Ingress community in the storyline with a faction-vs-faction competition to be the first to both obtain media items and correctly interpret them. Media drops took several forms – some were globally released to the portal network, some were released only on specific portals (“targeted drops”), and some were released as a live drop where a Niantic operative led agents on a chase through a city. During the pandemic, Niantic modified the targeted and live drop events to involve virtual portal hunts rather than requiring agents to physically go to the portals in question. The event began in October 2019 and concluded in July 2020.

Agents who participated in the event could potentially earn two badges. The “Knight of the Tessellation” badge was awarded to agents who participated in some way, most commonly by posting a screenshot of any related media on the Ingress Community Forum. Agents on the winning faction (Resistance) received a gold-styled badge (which counts as Silver for leveling purposes) while agents on the other faction received a silver-styled badge (which counts as Bronze for leveling purposes). Agents of “High Participation” – typically those who were among the first 3 on each faction to post a particular media – were awarded the Paragon badge, in addition to the Knight of the Tessellation badge.

The long-awaited version 2.0 of the Ingress scanner was released in Beta form in mid-2018 and finally made widely available as a replacement to the 1.x scanner on November 5, 2018. Shortly thereafter, Niantic re-released the version 1.x scanner as “Scanner [Redacted],” which ran in parallel until Scanner[Redacted] was retired on September 30, 2019. The release of Ingress Prime was met with a lot of criticism at first, as some gameplay features were not yet finished while others were extremely bug-prone, however by the time Scanner[Redacted] was retired, feature parity was nearly reached, and the bugs were mostly resolved.

Ingress Prime added a number of player quality-of-life improvements, including slide-hacking for keys/no keys, faster access to the burster menu, substantially faster portal linking, bulk recycling of items including keys, easy access to power cubes while deploying, attacking, or recharging, among others.

Alongside Ingress Prime, Niantic introduced the opportunity for Level 16 agents to voluntarily Recurse, or start over with 0 AP and have the experience of leveling again. There are no material benefits to recursing, aside from gaining the Simulacrum badge, and a display of “wings” on badges if a recursed agent has achieved double the points required for the onyx tier of the badge. Agents who recurse may choose to change factions.

If you like this historical summary, let us know. If there’s enough interest, we’ll go even further down memory lane, with: 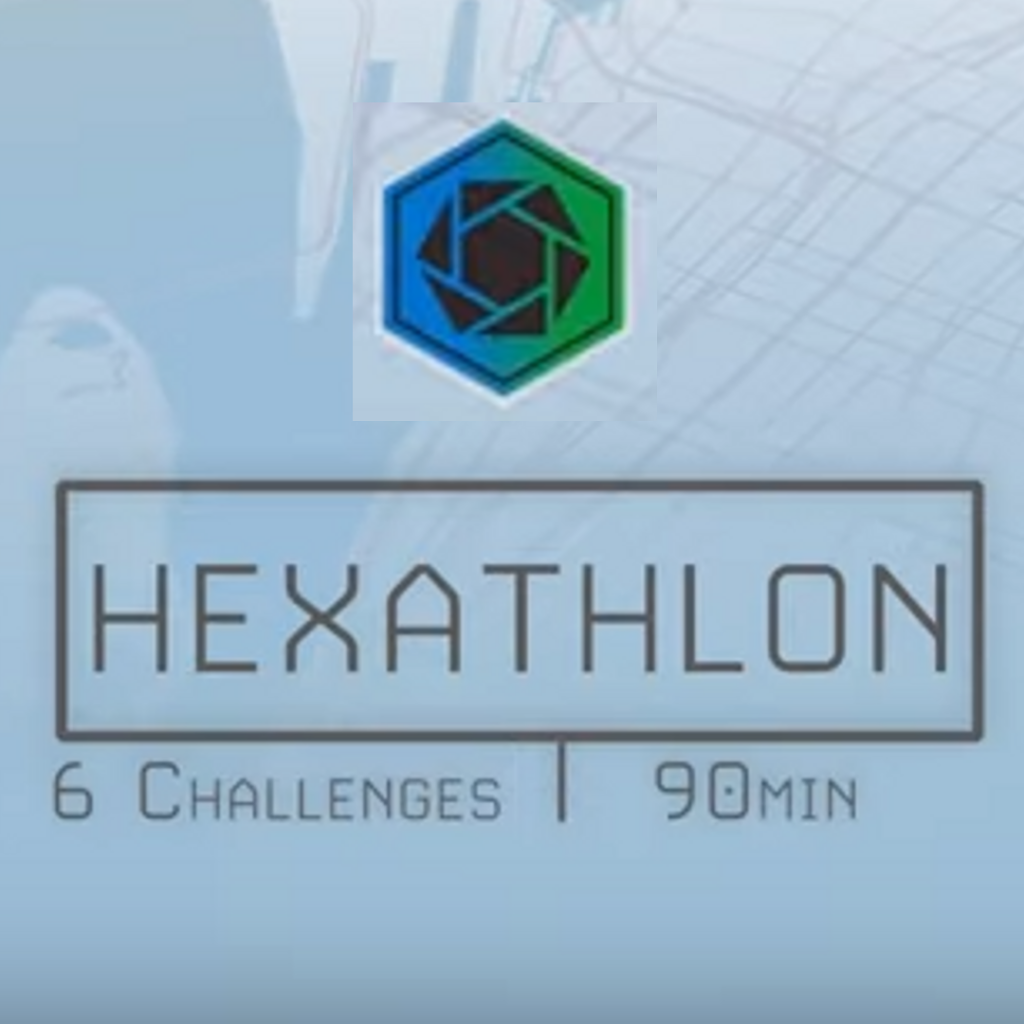 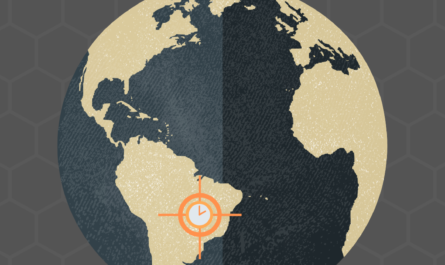 Changes Afoot in the Tessellation